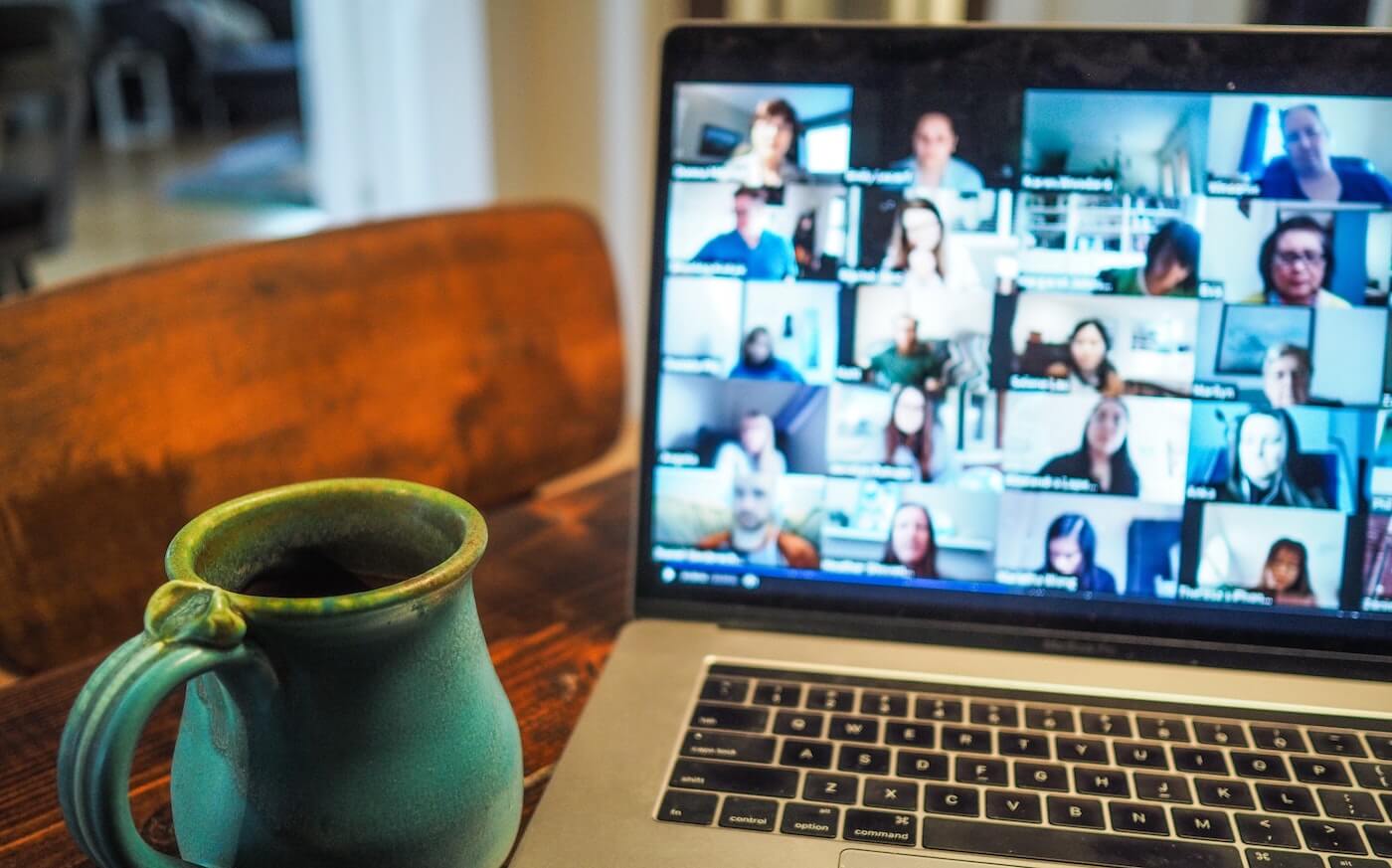 Like everyone else, I'm in a hurry to get us all vaccinated and get things back closer to "normal." But I can’t help thinking about some of the things we have seen during this tough time that, frankly, I hope stick around.

A couple months ago there was a guy on the radio hosting a segment he called, "Why Weren’t We Doing These Things Before?" He was talking about fist-bumping instead of handshaking, doing crossword puzzles and knitting sweaters and putting hand sanitizer (instead of candy dishes) on every counter, among other things. I found myself agreeing with almost everything. A few years ago, pre-pandemic obviously, I sat next to a guy on an airplane who, right after he first sat down, whipped out sanitizing wipes and wiped down every potential touch spot in and around his seat. He told me that while people might think he was nuts, he had not been sick in years. Who now thinks he was nuts?

So, yea, I get tired of Zoom, and the sooner we can allow fans back into bleachers at sporting events the better. But there are things, including things specific to the advancement profession, that flourished in our Covid world that should stick around because they just are good things. Here’s a random list of eight things that need to stick:

1. Virtual wellness checks" with far-flung as well as nearby friends

It’s true that many of us "saw" distant family and friends more this year than in the past because, out of sheer boredom and hunger for human contact, we set up Zoom happy hours or online games or...you get the point. Typically, we might see these folks once or twice a year. Now we were pouring coffee or wine and "getting together" with them once a week. I spent a lot of time telling schools that the pandemic was the invitation to do "wellness checks" on their best donors, or "meet and greets" with distant or unconnected alums. Just an estimate, but I would say more than half of these Zoom engagement meetings turned into some level of charitable gift. The most dramatic example I can share is the school president who was able to execute fairly regular Zoom happy hours with one retired couple, trapped in their Florida retirement home far away from family and friends and unable to return "up north" as per usual. This was a couple previously adept at avoiding all meetings with the school president. They knew that joining the president for a lunch date meant listening to a proposal for their support. But as long as the president's Zooms didn't interfere with Jeopardy and could include a glass of wine and not include an "ask," they were all for it.

Fast forward after three months of these occasional Zoom happy hours: the couple informed the president that they wanted to leave a large portion of the remainder of their trust to the school.

Most people behave differently at Zoom meetings than they do during in-person meetings. There is less wasted time, no sharing of cookies or donuts or family photos. There are fewer tangents in the discussion. You can't have sidebar conversations. Staff meetings typically are tighter and more efficient. I used to love the "stand up" staff meeting because you got to the point and it was always brief. These virtual meetings do the same thing.

Now, I won't say every Zoom meeting follows this formula. This past year, solicitation meetings often went longer, because attendees asked more questions or shared more insights. Sessions that were designed to be more social or informal (see the above story on the Florida couple), would often go longer. And that’s OK. But nobody likes a staff meeting, in person or via Zoom. So, from now on, let’s make it less painful, more productive, and shorter. Just open the app and meet that way.

3. Becoming more respectful of others' time

People show up on time for Zoom meetings at a much greater rate than the old in-person, "I'll be there in a few minutes" meeting. Showing up late – even one-minute! – to a Zoom meeting is a serious faux pas, perhaps only exceeded in rudeness by running a meeting beyond its promised length. I learned early on that if I were the Zoom organizer, I had to be five minutes early, or there would be some general crankiness staring out of the screen from more than a few faces. And, yes, we can't pass the plate of cookies or do a completely off-topic "blah blah blah" story about our family weekend because, well, it's Zoom and we all need to get this meeting over with.

Keeping germs at bay and respecting people’s personal space are good things, in a personal as well as professional environment. Not everyone is a hugger (that would include me). And the handshake thing... don't we all like bumping elbows more? Or even offering a simple nod? It just makes so much sense! We just have to get straight how we are going to "bump" – are we bumping elbows or fists? You can’t have one person come in with elbow out and the other fist out; that’s incredibly awkward. I vote for elbows.

My kids say I have always practiced social distancing (guilty as charged). I'm all for getting back into stadiums and bars and everywhere else where a crowd is part of the deal. But where it is possible, and appropriate, let's all just back off, people, and give others some room: to stand in line, to walk up and down the aisles of a store, to picnic in the park. When I watch people walk through a store or down a walking/running path they always seem oblivious to the presence of others. Actually, it usually seems that they change the angle of their direction and start veering directly toward me! If we can all just keep paying attention to others and allow them room, yea, I'm all for it.

6. Moving away from fundraising events

I have never been a fan of fundraising events. They are inefficient and take way, way too much advancement office time for a poor return. Schools we worked with that pivoted their spring 2020 galas from in-person to virtual, or else cancelled the gala and replaced it with a Day of Giving saw increased gross and net revenues. Some of these schools increased their net revenues by as much as 50% -- without having anyone gathered, and in the midst of this awful pandemic. There are more lessons learned here than this blog space affords, but my sincere hope is that our schools rethink fundraising events and use "in-person" gatherings as a way to build community as opposed to a way to raise money.

7. Getting things "out" of advancement that never belonged there in the first place

School advancement offices have always been the dumping ground for school activities that may or may not be genuinely valuable, but have no obvious "home" in any particular school department. Things like Grandparents Day or Career Day or the Parent Welcome Coffee. Schools couldn't host these events during this COVID time, and that meant advancement professionals had more time to focus on (a) raising money and (b) building strong stakeholder connections to the school. I am not opposed to the events! They just don't belong in advancement. Sorry all you "Cookies with Santa" fans. Advancement can help with events – for example, they can identify and recruit the "right" Career Day participants (with an eye toward their philanthropic potential). But those events whose focus is to allow our community to socialize and connect with each other (as opposed to connecting them with our school mission)...let's have Facebook do that instead.

So this last one may not have much to do with our profession, but I have learned that getting outside, no matter the weather, makes me more productive, and more mindful too. It is just such a welcome break from the computer screen! Lunch at home, alone, is better outside. You can play golf in a pandemic, and you can play golf when it’s cold, I learned. I saw people playing tennis and bocce ball, running, walking, sitting around a firepit in their driveway. I saw more than a few people on their "walks" holding Yetis filled with...well, I don't think they were filled with sports drinks.

Our neighborhood has never sounded more alive than it has during this time – hot or cold, light or dark out. With kids' organized activities cancelled, they were back on bikes and skateboards and every wheeled device known to man, cruising dangerously up and down the middle of the street, cars be damned. Come winter, out came the sleds and snowmen. I didn't see much mask wearing or social distancing...and yes, there was a little "Ding Dong Ditch" play thrown in there. But those kids – our students! – need to get outside to be productive, too. And without the organized activities to get them going, well, they found a way.

We all have our own lists, I suppose, and I would love to hear yours. Stay safe and focused!