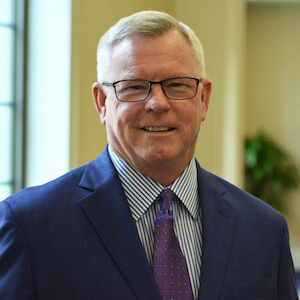 This is the first in a brief series of planned giving blogs we will do. Stay tuned for the next posts when we will outline the action steps to take, the frequency and formats of communication, planned giving during a capital campaign, how to include planned giving in your development plan, and planned giving case studies.

As a professional in the Catholic education world, I'm certain you would agree with me that, to a significant extent, the future of Catholic education is dependent on endowment. Major cash gifts to a school's endowment are certainly welcome, greatly appreciated and can have an immediate impact. However, there is another form of philanthropic gift that can significantly increase a school’s endowment – planned gifts.

Planned gifts come in varied forms but to simplify, they are future-oriented gifts that are realized upon the death of the donor. Since Catholic schools have, over the past many years, been focused on upgrading facilities to remain competitive, planned gifts have been overlooked to a certain degree. It is common knowledge that we are currently in the midst of the greatest transfer of wealth in history. Accordingly, creating an assertive, systematic approach to planned giving should be a critical objective for all Catholic school advancement operations.

The fundamental element of an effective planned giving program is awareness. Informing your constituents of the opportunity to support the school’s mission by leaving a legacy and educating them of the importance of endowment for the future of the school are the two key components of the messaging. Once the message has been formulated and an overall concept developed, the next step is identifying primary prospects.

The first step in identifying the best planned giving prospects is to do a database extraction of those constituents – we recommend focusing primarily on alumni - who have a consistent giving history. You can customize your definition of ‘consistent’ based on your school’s unique fundraising experience. Taking the identification process further, age, and more highly wealth-rated people (getting your database screened for wealth is imperative!) round out the prospect base.

The next step in the planned giving process is to communicate with the prospects you have identified. This requires a concise planned giving brochure explaining the “Legacy” Society and the specific ways to make a planned gift accompanied by a one page personalized introduction letter.

Please consider attending our Summer Seminar at the University of Notre Dame August 4-6 2021 when we will focus exclusively on capital campaign implementation of which planned giving will be a component.

Photo by Romain V on Unsplash